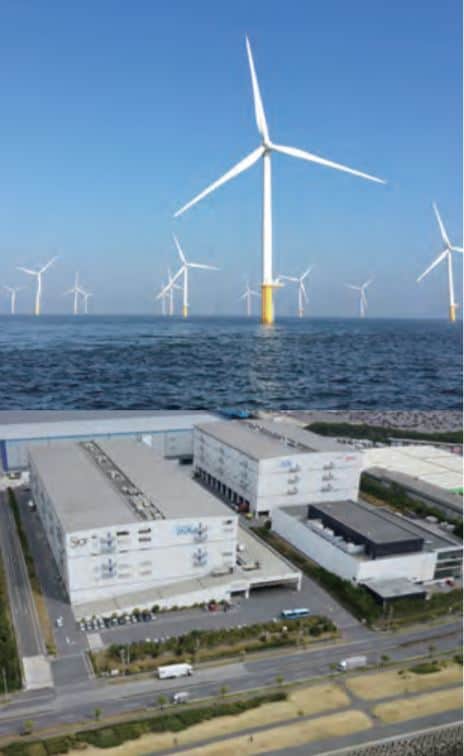 From the agrochemical trade business to the distribution, in 2011, Sumitomo Corporation acquired Alcedo, an agricultural materials sales company in Romania, as it expanded its agrochemical business to the downstream of the supply chain according to the changes of the times. What is the background to building a new business model in Eastern Europe far from Japan? Also, what kind of approach and service did they provide to the 3,500 farmers in the downstream of the supply chain? We asked them about the intentions and processes of the acquisition of Alcedo as well as their future strategy and prospects.

Sumitomo Corporation is a general trading company with more than half a century of experience in the agrochemicals business. Although selling agricultural chemicals made by Japanese manufacturers to overseas, the environment surrounding the company had changed completely due to the appreciation of the yen since the late1980s. In addition, the trading company unnecessary theory had been raised at that time. With the so-called trade rights problem emerging, what remained were the regions with small market sizes, pre-developing countries with some risks, and developing countries.

Mr. Kotaro Tameda, General Manager of Agrichemical Department, says “Not only us, but there were the pesticide business units in every trading company, but everyone was facing the same problem at the same time. As an option, will it survive as a trading company targeting the agricultural chemicals business for the pre-developing countries and the developing countries, or will it expand the range of business to the upstream and the downstream? Most of them steered toward the latter and the downstream.”

In the 1990s, the company expanded into the distribution business. Eastern Europe was the target. “In North America and Western Europe, we already had major competitors, and we had to come in as a late comer. At that time, we did not have so much work on the trade itself. Thus, there was no chance of winning to enter with the extension of the existing business. However, Eastern Europe was just democratized from the socialist system when we made the decision to go to the downstream. In other words, it started from scratch. Therefore, we were in a situation where we could compete with big competitors in a market where there was no disadvantage as a late comer.”

In 1992, the company established the sales companies in Hungary, Poland in 1994, and Romania in 1997. They currently covers 24 countries. That is SumiAgro Group, Sumitomo Corporation’s agrochemicals sales company.

After the Eastern European Revolution, private companies began to emerge in Eastern Europe after the 1990s. About 20 years later, it was about time for managers who started their own businesses in their 30s and 40s to start their own generational changes. Under such circumstances, the opportunity of selling “Alcedo”, an agricultural materials sales company that was a customer of SumiAgro Romania at the time, emerged.

Alcedo is one of the Romania’s largest sales companies founded in 1990. It sold pesticides, seeds, fertilizers and other products to 3,500 medium-sized farmers, about a third of the country. It was a great opportunity for Sumitomo Corporation, which was looking to delve further into its sales company business with distribution and deepen it into new territories.

However, it must be a challenge to a completely new model. Mr. Tameda says “Naturally, the first reaction in our company was totally negative. The region is Eastern Europe, and the counter parties related to credits and debts are farmers, and the number is 3,500. How do we collect the money? In order to persuade the company and obtain the approval, it was essential to have “visualization” to make it easy for them to understand.”

The important thing is “visualization”. That’s the experience of JMAC! 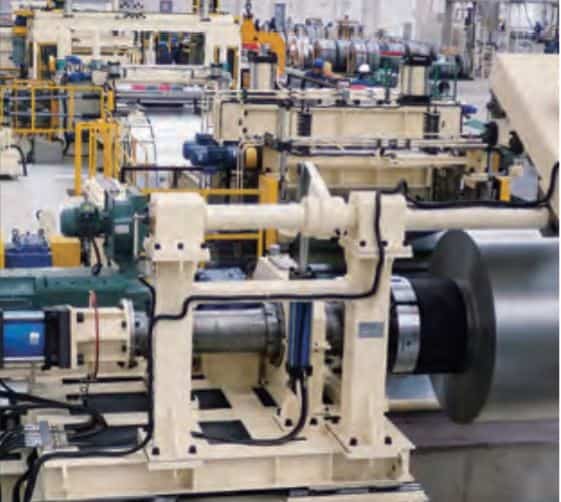 However, even if they tried to “visualize”, there was a definite difference from when they entered the distribution from trading. It was the point that the manufacturing process had not been rooted in sales so far. Efficiency improvement, risks, and improvement methods in manufacturing could be missed if they proceeded only internally.

Mr. Tameda says “I used to be indebted to JMAC for another project which didn’t happen, but I remembered that there was a professional technique in that path when it came to visualization. Regarding this time, there was a point of contact between customers and sales companies, but the further were farmers. I couldn’t see the whole picture of what kind of operation it was.”

In addition, Sumitomo Corporation had an important step of deliberating and examining the important projects called the Investment and Loan Committee, and it was necessary to convince the management members who did not necessarily have expertise in agrochemicals and obtain their approval. Even more important was visualization. Therefore, with the aim of realizing the visualization to capture the operational risks and possibilities from an external perspective, we asked JMAC for this Romanian project.

Mr. Tameda recalls “First of all, we talked about the current situation for about one hour. At that point, our requirements were not clearly defined. However, at the second meeting, JMAC showed some materials and said “You have to make an output like this, right?” It perfectly matched with our expectations. I thought it would be very helpful and easy to understand in our company. Above all, JMAC understood our needs very well, and I was able to see more concrete pictures than I expected.”

Then, how has “Alced” changed since joining by Sumitomo Corporation?

Afterwards, the agrochemical study meeting was done to the consultants, and they went to the site for the operational due diligence after the basic knowledge had been piled up to some extent. 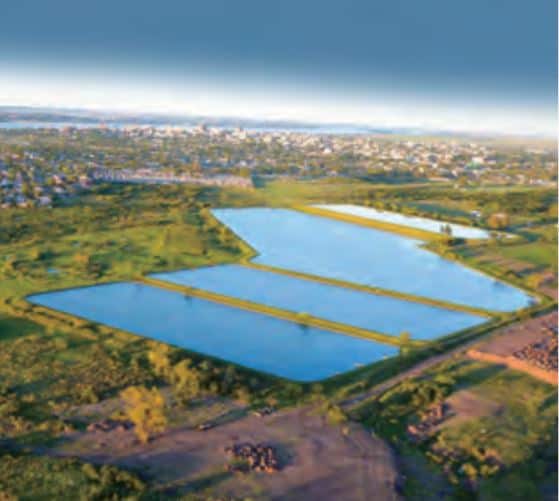 Mr. Tameda says “The people working as management level knew the background and had the information. However, under that level, the information was not shared. Depending on how the field survey was done, there could be such risk as being vigilant to be asked with the details by the men who had come all the way from Japan, becoming the fear of the war, and losing the people at the end of the deal. However, nobody retired. While many people saw Japanese people for the first time, I think JMAC were able to leave a good image over there. That’s what I appreciated very much.”

Italian consultants from Milan-based JMAC Europe also participated in the project. “Even if it wasn’t an Italian project, Europeans and the same Latin culture had the advantage that the threshold was slightly lower than that of only Japanese people, and the sense of vigilance was less.” said by Mr. Ishihara, who was in charge of acquisitions at Sumitomo Corporation at the time, then became the head of corporate planning in Alcedo.

Mr. Tameda says “The way to take the real information is not one static way. I think JMAC has a wide varieties of the ways of doing it such as changing the way a little depending on the people characteristics and changing the communication style, etc. I thought JMAC consultants had a lot of these drawers.”

On July 9, 2010, the last day of the field survey, the final report meeting was held there.

Mr. Ishihara recalls “I was very surprised to see the consultants, who had no expertise in the pesticides and were new to Romania, well organized and explained in a short period of time. We also had to explain internally by ourselves and persuade non-professional stakeholders. That’s why the materials developed from the perspective of people outside were very helpful later on.” 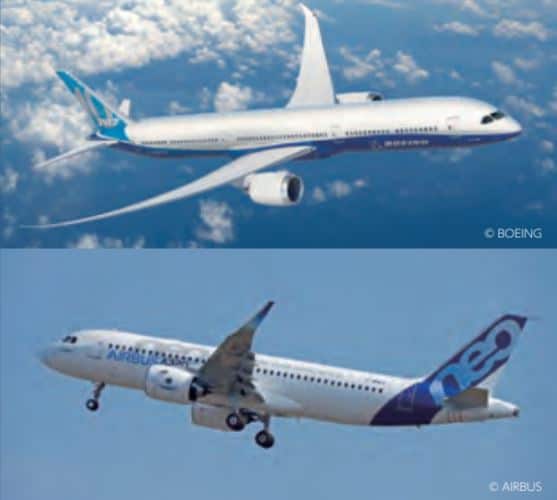 About two and a half years after the negotiations, in July 2011, Sumitomo Corporation finally agreed to acquire 90% of Alcedo’s issued shares. Above all, it was the financial side that had the immediate effect.

Mr. Tameda says “Originally, Alcedo had only €5 million in the bank borrowing limit. Therefore, the working capital had been used for 70% for agricultural chemicals, 20%+ for seeds, and a little for fertilizer according to their profitability. However, 3,500 customers don’t buy them at the same rate. In short, it was just due to Alcedo’s internal reason. The business is now expanding with enough funding through Sumitomo by improving the business areas where Alcedo was not able to supply.”

Mr. Tameda analyzes further as follows; the first thing to be strengthened after the capital participation by Sumitomo Corporation was the financial capabilities.

Agriculture takes a reasonable amount of time to sow seeds and make crops. It is only when you harvest it and sell it that it becomes money, and without the workable funds, agriculture cannot be done. “There are only four funds: farmers’ own funds, the state, banks, and distributors. In the case of Eastern Europe, the market was like green fields because the state had suddenly disappeared from what it had originally been doing. When we entered, we were overwhelmingly advantageous in funding.” As for the scale and finance power, Mr. Tameda was confident that we would never lose with this model.

On the other hand, even with Sumitomo Corporation’s power, the point that could not compete was “network and local relationships”. Therefore, Sumitomo Corporation devoted it to being back-up so that the current president could serve as the face of the company as before even after the acquisition, and the employees could continue to work. Mr. Tameda says “At that time, the suppliers also raised some doubts that Alcedo would only be able to handle Japanese products. We explained that we don’t damage your values, and the management and strategy don’t change.”

When it came to the purchasing stage, the conditions became better than before, and the parts that could not be supplied at that time were covered, and the conditions for buying also became better, which were popular among the customers. Mr. Tameda says “The reason that Alcedo’s continued good relationship with its customers was largely due to the way the acquisition went and the way the collaboration went after the acquisition.”

Two years have passed since Sumitomo Corporation acquired Alcedo. In 2012, their sales increased by 20% year-on-year, but the real essence is yet to come. After the acquisition, the company added the silos to store grains, increased the storage and the purchase volume, and began handling agricultural machineries. Mr. Tameda says “This is not immediately directly linked to the business revenue, but I think this is the biggest service and, above all, prevents customers from leaving. The agricultural machines do not bear a specific product, and we enter between the things they want. That part is also like finance.”

In this way, there is a room for the new business of providing one-stop services to farmers at the downstream, covering not only agricultural-related materials but also insurance, financial services, and living materials. It can be said as Japanese style of “Nokyo-type service”.

Sumitomo Corporation aims to develop the success stories in Romania as a global business while customizing them in each country. This new business model will not only become a pillar of Sumitomo Corporation’s agrochemicals business, but will also contribute to the stable management of farmers in each country and play a part in improving the world’s food shortage problem. Let’s look forward to the future business development of the company’s agricultural business.

Visualization is the business’s A to Z

There are always risks associated with new business challenges, such as expanding into emerging countries and expanding supply chain positions. Success can only be seen when the right strategy is correctly dropped into the process. In addition, discussions are advanced and wisdom is born by the common “visualization” for stakeholders, such as differences in distribution channels, current business processes, and new business models. We can push for big challenges by using our wisdom together, not recklessly. The start of success is “visualization”. Sumitomo Corporation’s success came from evaluation, judgement, and engagement in management not only in finance but also in the content of the business.